The Cask of Amontillado 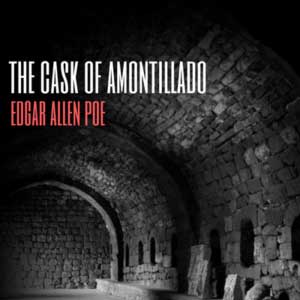 The Cask of Amontillado is Edgar Allan Poe’s short but enigmatic masterpiece. Set in an unnamed Italian City we hear the story of how Montresor lures Fortunato through the catacombs into the Montreso family vault and there chains him up and bricks him in for eternity. Why he does it we will never know, but he does so with a casual savagery that is truly chilling.

“’Cask’ was recorded on location in ancient vaults. Every footstep and cough, every brick and every echo are captured. You will never forget hearing the final, faraway declamation: ‘In pace requiescat!’”

This is a Binaural Audio Dramatisation and must be listened to with headphones for the full effect. We suggest listening alone…. in the dark….!